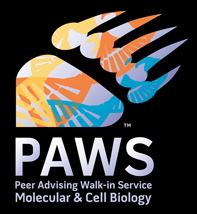 Peer advisors are trained junior & senior MCB majors who volunteer their time to complement the UAO advising services by sharing their knowledge of and experience with lower-division requirements and upper-division classes, experience with student groups on campus, preparation for life beyond the B.A., and use of various campus resources.

Contact Info:
Office Location: 3060 VLSB
Email and Chat: mcbpaws@berkeley.edu
Instagram: @mcbpaws
Facebook: www.facebook.com/mcbpaws/
Schedule an appointment to meet with a peer advisor:
Remote and in-person appointments via Google Calendar schedules.
You can meet with a peer advisor either in-person or via Zoom during a pre-scheduled, 15-minute appointment. Need to see someone for drop-in? There might be an appointment available right now!
Rodnea will be our department health worker for Fall 2022. Read their bio and find their contact info below.
Tanuja 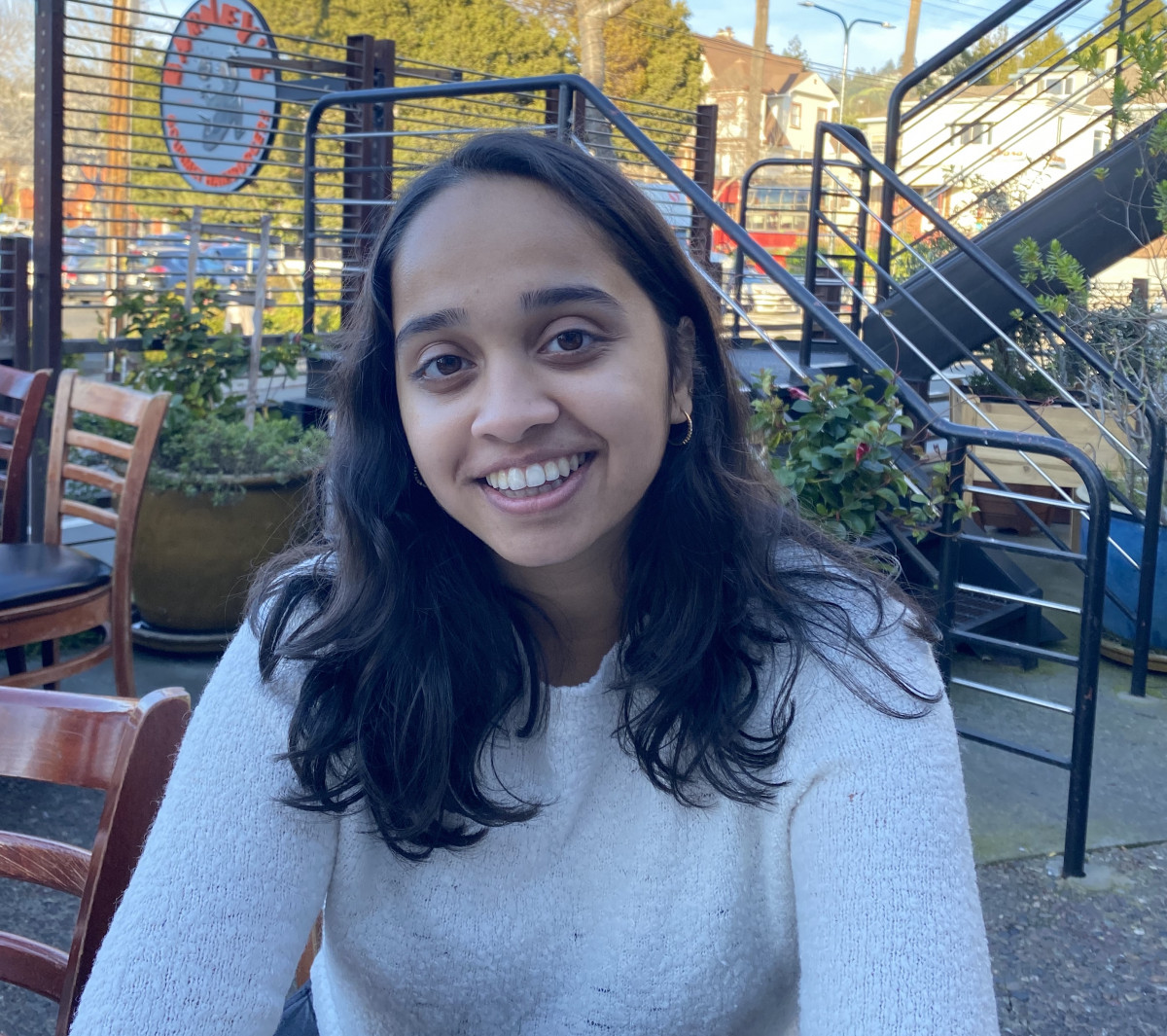 
Hi everyone! I'm Tanuja, a rising senior majoring in MCB with an emphasis in Genetics, Genomics, & Development, and minoring in Data Science. I completed my high school in India, and coming into Berkeley I was unaware of the vast resources the place had to offer. I also had a misconception that most biology majors (especially MCB) were mainly for pre-med students. I now know that it's far from the truth, and with the help of my data science minor, I hope to go into genetics research and maybe apply to grad school in the future! In my free time, I love eating, visiting new places, and playing various sports! Please do not hesitate to reach out to me if you have any questions regarding MCB classes, professors, minoring in data science, student activities on campus, or even just to chat! I look forward to meeting y'all soon! 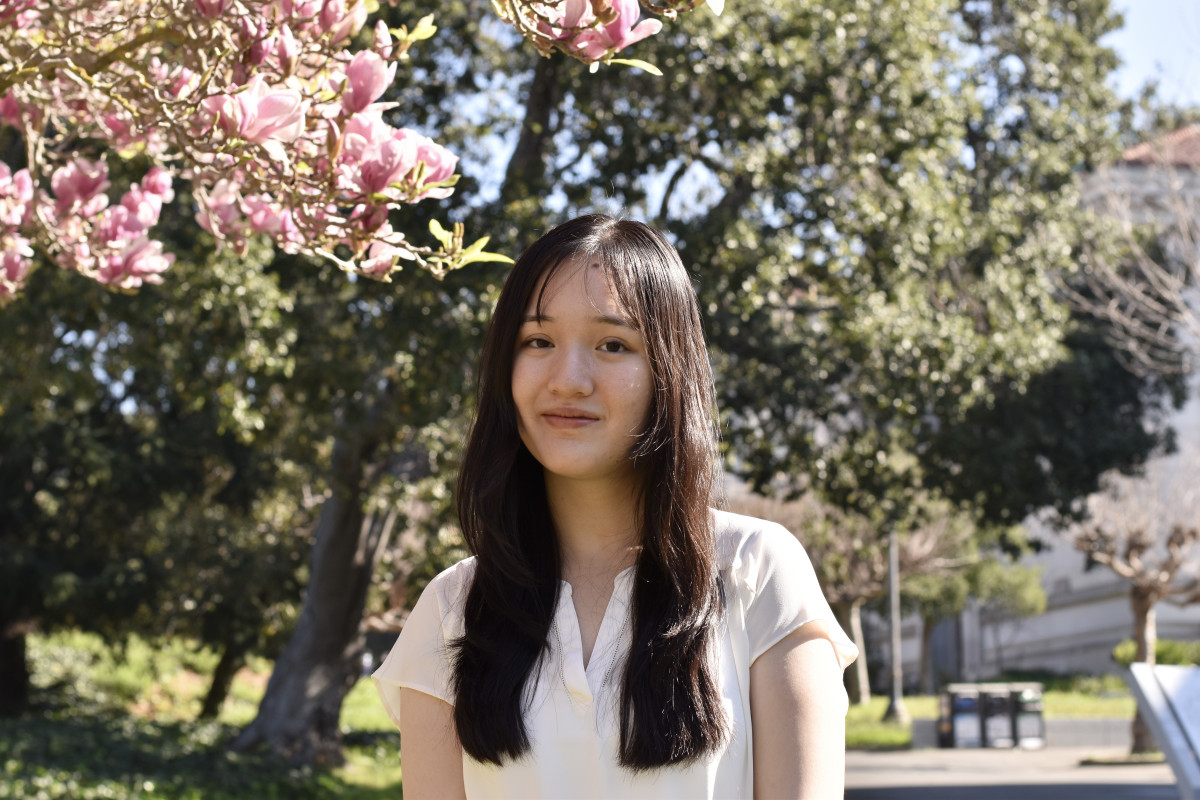 
Hi everyone! My name is Angie, and I am a third-year majoring in MCB - Immunology & Pathogenesis and minoring in Music. I chose to major in MCB because biology has been my favorite subject to learn from a young age, and the major gives me the freedom to explore the different fields of biology. I particularly chose the Immunology & Pathogenesis emphasis because I have always been intrigued by how the immune system detects and fights off pathogens, and I became interested in virology due to the COVID-19 pandemic. In my free time, I enjoy spending time and exploring new places with my friends, listening to music, playing the piano, exercising, and watching anime! If you have any questions regarding classes, clubs, pursuing a minor, or anything else, I would love to chat and work with you! I look forward to meeting you all! 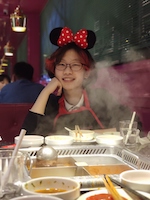 
Hi everyone! My name is Bella, and I am a third-year student majoring IB and MCB. I am originally from Suzhou, China. Since childhood, I enjoyed learning science and especially biology, and Berkeley makes me love biology even more. My experience as a specimen maker and curator in Museum of Vertebrate Zoology (applied through URAP(https://urap.berkeley.edu/)) really got me into birds and nature history. Meanwhile courses like Bio 1a allowed me to explore the beautiful world of molecular biology. I find the application of molecular biology on a larger scale in nature really intriguing, thus I want to take more courses in both IB and MCB to find the interaction of different fields in the breadth of biology. In my free time, I like to explore foods and boba places around the campus, take a walk at the Berkeley Marina, UC Botanical Garden and other natural places for bird watching, and watch comedy shows at dorm. 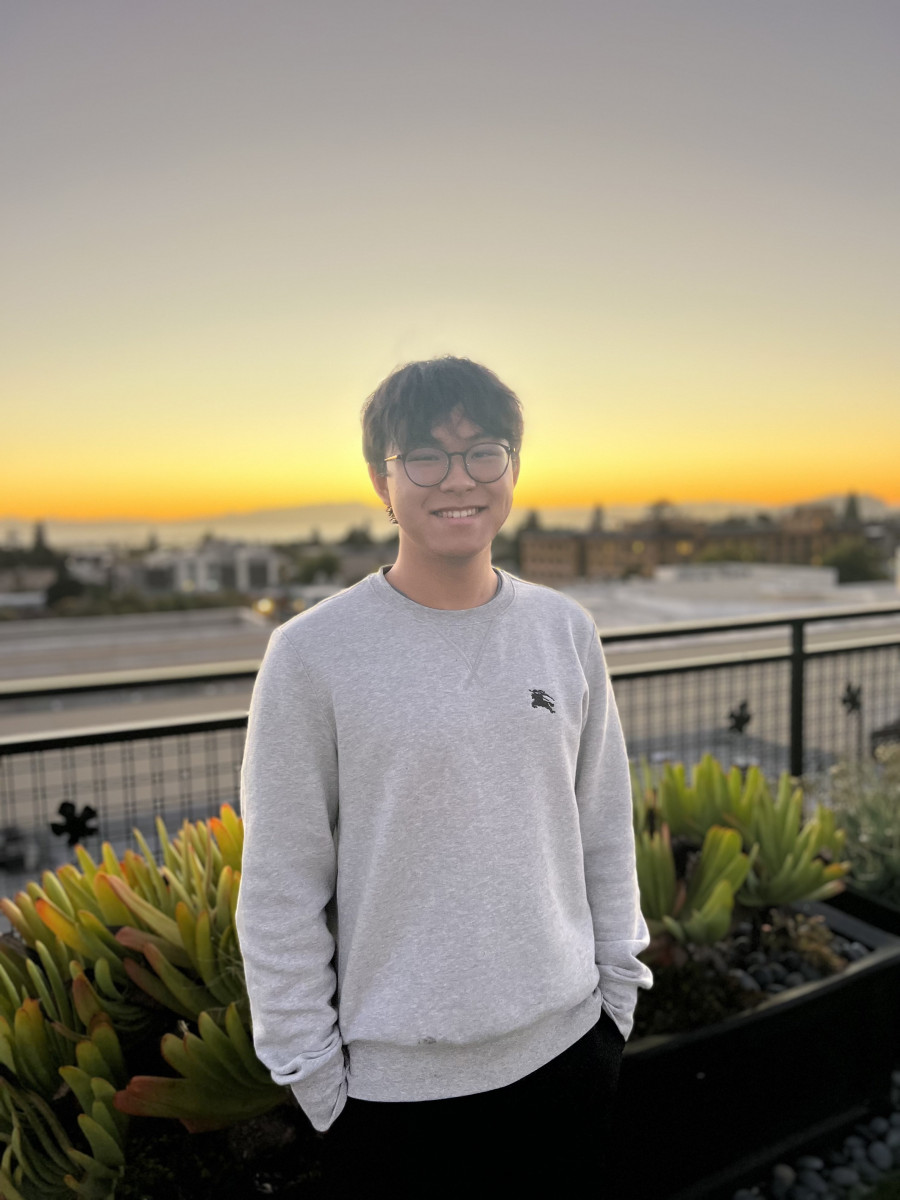 
Hi everyone! I'm Brandon, and I am a fourth-year majoring in MCB with an emphasis on Neurobiology. I chose MCB because I've always been interested in research, medicine, and advocacy, and I think that the major gives students many opportunities to pursue these topics. Over the past three years, I have experienced so many things I never thought I would, such as working in a bioengineering lab at UCSF and doing research abroad in Europe. After finishing here at Cal, I plan to continue studying neuroscience in graduate school to hopefully become a professor! In my free time, I love to go try new food, golf, surf, and make origami. My time in MCB so far has been absolutely incredible, and I hope to do my part in making sure others have a rewarding experience as well. If you have any questions about classes, research, clubs, or anything else you would like to discuss, I would love to chat! 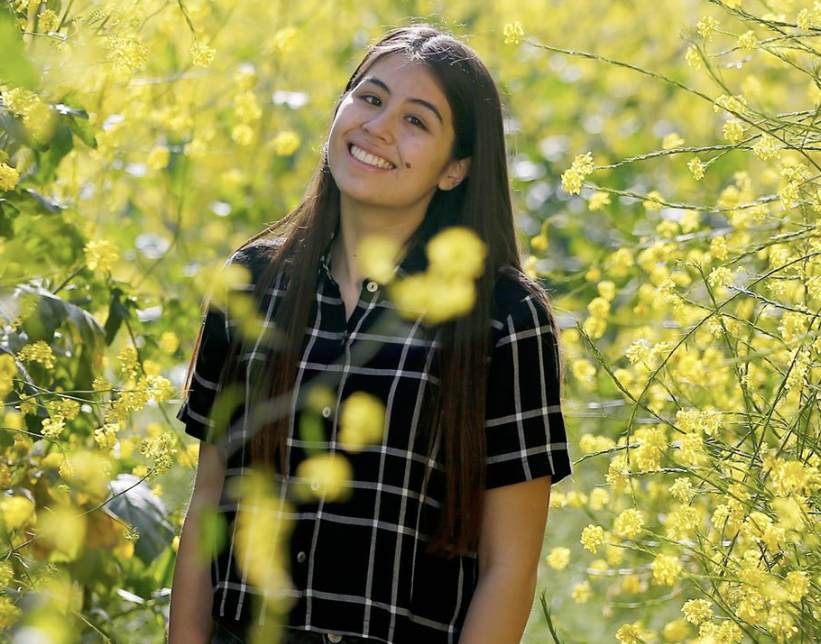 
Hi everyone! My name is Carolina (she/her), and I am a 4th year double majoring in MCB (Cell and Developmental emphasis) and IB (Integrative Human Biology emphasis). I hope to go to medical school and earn my MD, but this was not my original reason for choosing MCB and IB as my majors. I have always had a love for biological science, as I grew up near the ocean and was always fascinated by different aspects of the world and life around me. During high school and my undergrad years, I have conducted research in the field of marine biology to investigate the ways in which ecology and cell biology are integrated with one another. Studying MCB and IB have allowed me to view biological systems in new and unique ways that further fuel my curiosity and passion. In my free time, I like to read, watch movies, and hang out with friends. I am also a Resident Assistant in the dorms, so when I am not studying, I am often throwing events for residents! Please do not hesitate to reach out to me if you have any questions about MCB or IB, classes, campus resources, etc, or if you would just like to chat! 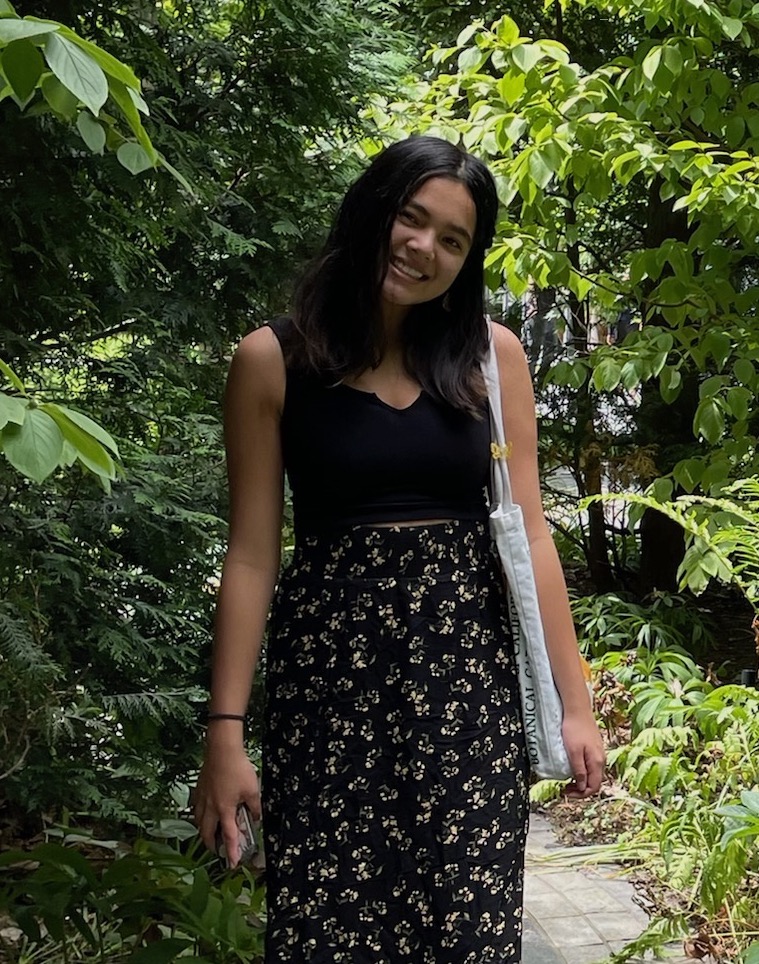 
Hi Everyone! My name is Hannah (she/her) and I’m a Fourth Year studying MCB - CDB and Genetics and Plant Biology. I came to Berkeley because I was really excited about the research that has been done here and wanted to be part of such an active and passionate student body. I first declared in Genetics and Plant Biology because I find plants really fascinating and wanted to delve further into understanding them. However, I realized that I wasn’t learning as much general molecular biology as I wanted to in my plant classes which is why I decided to add on MCB! In my free time, I enjoy reading, hanging out with friends, trying all the restaurants and boba places Berkeley has to offer, and exploring SF! If you have any questions about research, on campus organizations, simultaneous degrees with L&S and CNR, or anything else, please feel free to reach out! 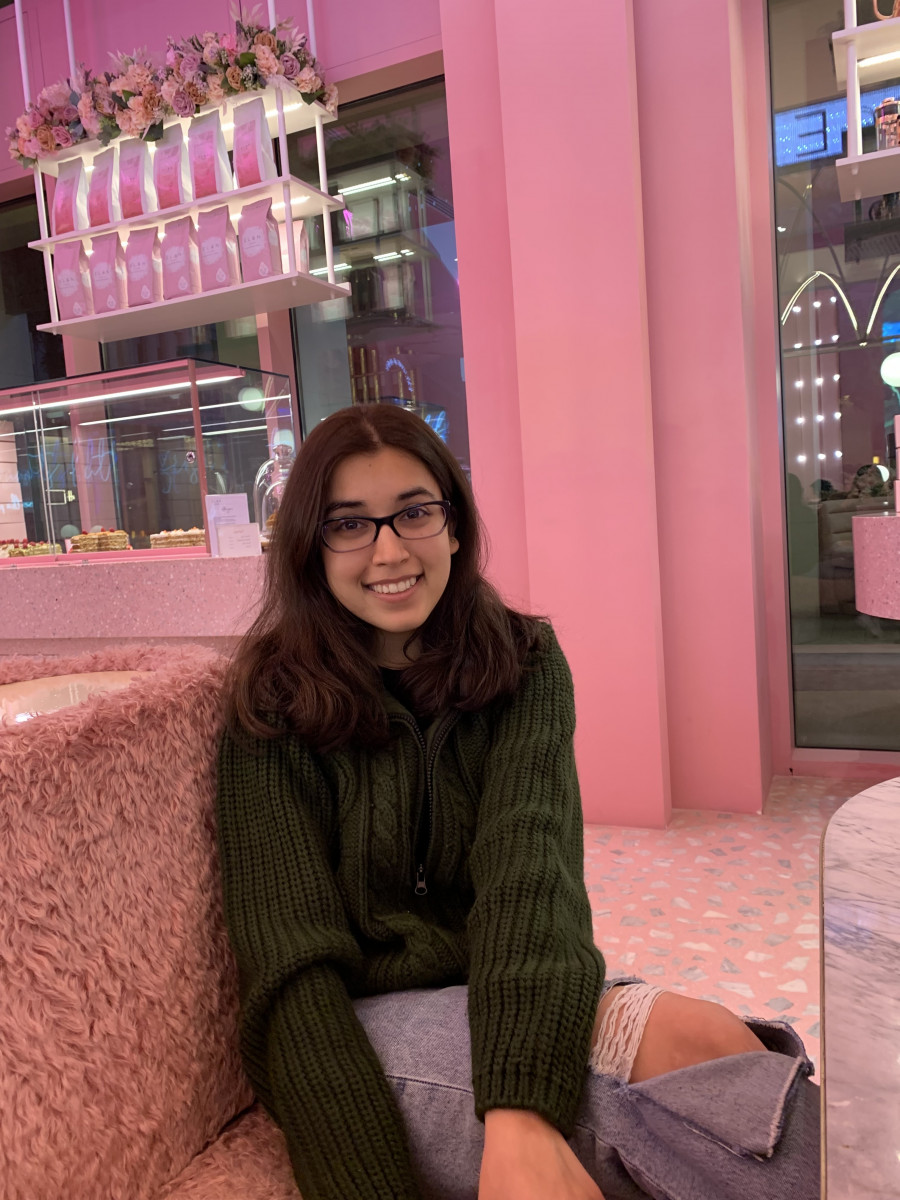 
Hi! I’m Isha, a senior majoring in MCB - CDB and minoring in Climate Science. As an international student, I remember my first year at Berkeley, being undeclared, trying to navigate hundreds of websites and resources, and feeling incredibly lost. However, the two things Berkeley has taught me so far have been not to shy away from asking for help and being open to exploration. Once I grasped this, my experience enhanced, and I discovered my passion: the interplay between environment/socio-economic factors and direct and indirect medicine. Hence, my major and future career path of becoming a doctor. During my free time, you will catch me rewatching HSM/Gossip Girl for the 20th time, trying new food, or probably getting boba. I am open to just chatting or discussing extra-curriculars, research, academic planning, or any other topic that could benefit you. Currently, I am studying for the MCAT and working as an EMT off-campus, so we could also talk about these topics. I look forward to meeting you guys! 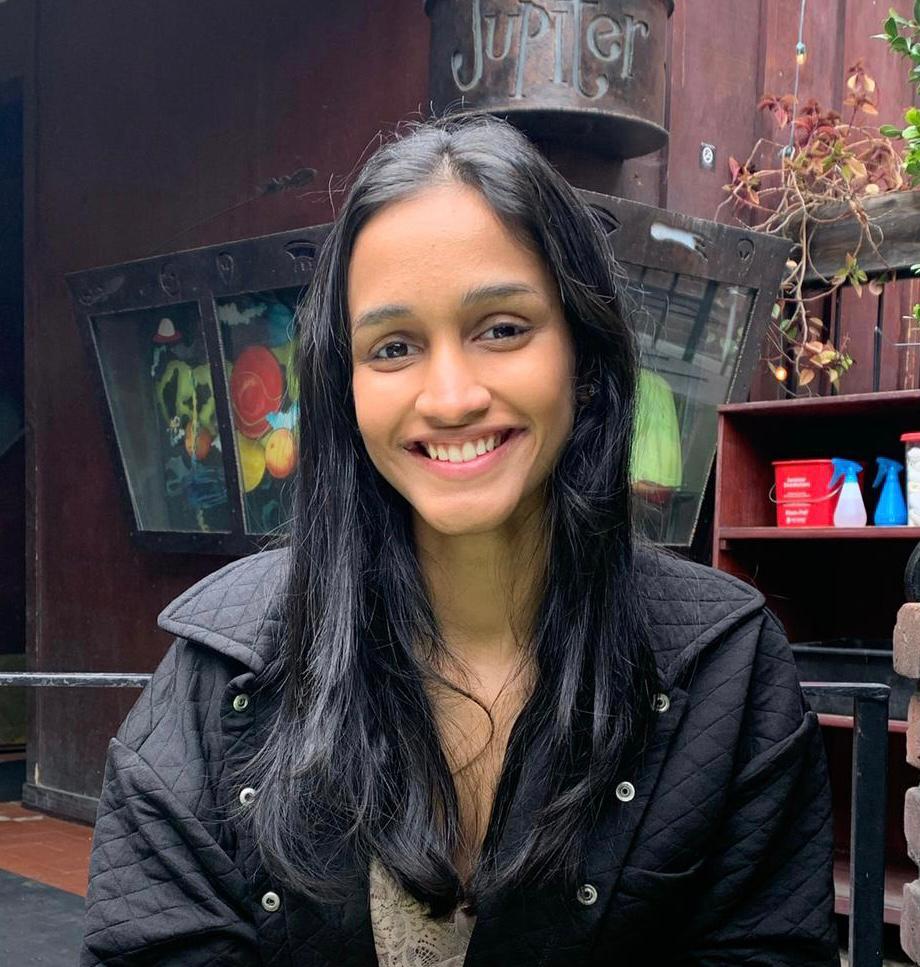 
Hi! I'm Natasha, a senior double majoring in MCB (Genetics, Genomics, & Development) and Data Science. I'm an international student from Mumbai, India! I chose the MCB major because it gives me the chance to explore so many different areas of biology. However, I realised that I wanted to explore the subject beyond a lab or academic setting. Using skills I learned from my second major, I found projects on-campus that were a blend of biology and data analytics. I also interned at a life science consulting firm this summer, so I have had the chance to see how science moves from the lab to the actual consumer. In my free time, I enjoy running and yoga, binging Schitts Creek or Modern Family, and trying new food from Trader Joes. Feel free to reach out to me if you have any questions about MCB, the genetics emphasis, data and biology opportunities on-campus, life science consulting, or just to chat! 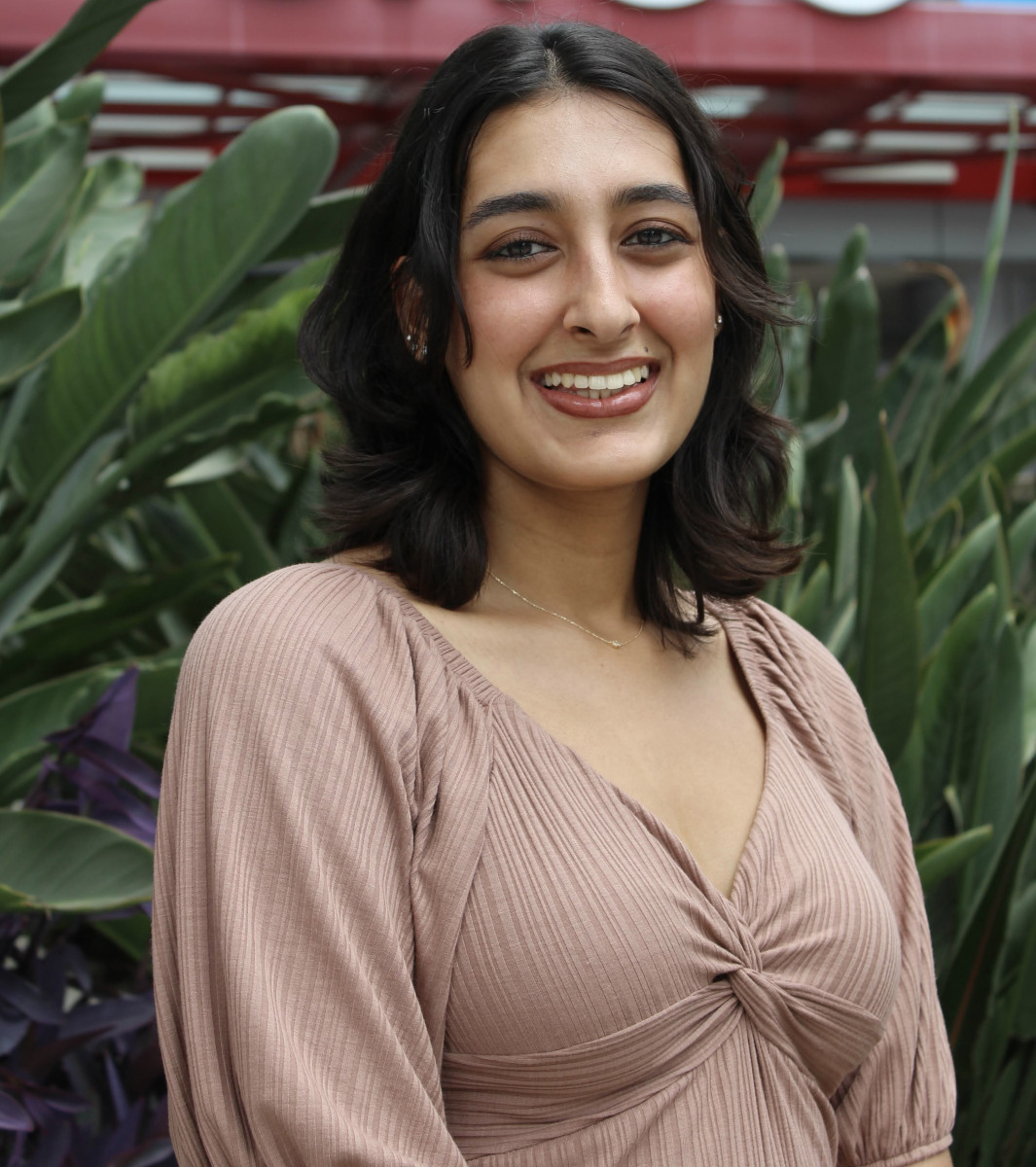 Hi everyone! My name is Sujanya, and I am third year majoring in MCB with an emphasis in Genetics, Genomics, & Development on the Developmental Genetics track. I am also a Music minor! I chose MCB not only because of its alignment and significance in the medical field, but also because of the diversity of topics covered in MCB and the unique research opportunities it provides. Specifically, I have always been interested in genetics, so being able to work in a developmental genetics lab and seeing science in practice has been really rewarding and one of the driving factors in deciding my emphasis. In combination with my major classes, I have further cultivated an interest in pursuing medical research in the future, much of which involves concepts covered in MCB. In my free time, I love cooking, baking, reading, watching all kinds of TV shows, and trying new restaurants around Berkeley. If you have any questions about research opportunities, medical school, classes at Cal, or anything else, please feel free to reach out. I look forward to meeting you all!

How can I become an MCB Peer Advisor?

The application to be a peer advisor for the 2022-2023 school year is closed. You can talk to staff advisors Zac or Octavio for more information on joining the program.

The application for 2022-2023 is closed. We encourage interested students to schedule an appointment with one of our current peers to learn more about peer advising. You can also review our info session from 2021 on YouTube and review the slides with common questions from past peers (note some of the dates, deadlines, etc. from past materials may no longer be relevant). Mandatory weekly meetings will be Thursdays 10-11am during Fall 2022.

What we look for in an MCB Peer Advisor:

Beyond a passion for the MCB major and an interest in helping your fellow students, we look for people who are unique, both academically and as a person. Things that can help make an outstanding peer advisor include, but are not limited to: research experience, participation in the honors program, overcoming personal and/or academic adversity, tutoring, participation in clubs on campus, or the transfer student experience. Ultimately, what we want to see on your application is what makes you stand out as a student AND as a person!

Requirements at time of application: