The lab of MCB & Chemistry Professor and HHMI Investigator Chris Chang has developed a new way to transport chemicals throughout the body by bioconjugating them to amino acids through a process known as redox activated chemical tagging, or ReACT. The invention has been called “a chemical swiss army knife” by Chang due to its wide range of potential applications, from drug delivery systems to water purification processes.

MCB Affiliated Professor Dan Fletcher (who is Chair of the Department of Bioengineering) was one of the thirteen UC Berkeley faculty that were named Chan Zuckerberg Biohub Investigators. Fletcher "will launch a new effort to map the topography and spatial organization of cell-cell surfaces, starting with macrophages in their interactions with tumor cells."

February 08, 2017
MCB Department response to the Executive Order on Immigration

The MCB Department is fully committed to supporting, in every way possible, all members of our department, irrespective of their national origin, religious background, race, color, age, sex, gender, gender identity, or sexual orientation. We are particularly troubled by the recent Executive Order on Immigration because it threatens members of our community and the practice of science. MCB scientists and staff come from many countries and engage in numerous international collaborations. Our research is enhanced by the diversity of perspectives provided by scientists from different backgrounds including international scientists. In addition, everyone’s science benefits when all scientists can travel freely between the U.S. and other countries to communicate directly with each other. We will resist policies that threaten our scientific culture and values.

HHMI Investigator and MCB Professor of Genetics, Genomics and Development Michael Eisen has announced that he will run for U.S. Senate to offer a scientific voice to the political process.

"Jennifer Doudna and Emmanuelle Charpentier were awarded the Japan Prize today for their invention of the revolutionary gene-editing technology known as CRISPR-Cas9, which has swept into research labs around the world and is already yielding new therapies for cancer and hereditary diseases."

UC Berkeley researchers studying cancer and infectious disease are joining forces in an attempt to maniupulate the immune response for both invaders through immunotherapy. The recently formed IVRI, Immunotherapeutics and Vaccine Research Institute, is at the forefront of this collaborative work.

The lab of MCB Associate Professor Lin He has reprogrammed embryonic stem cells from mice to act as “totipotent-like” stem cells, capable of generating any cell type within a developing embryo. This research could augment the selection of cell types and tissues made from stem cells, expanding the potential for stem cell therapy.

MCB's Professor Jennifer Doudna, in collaboration with Professor Jill Banfield (of earth & planetary sciences and of ESPM), have "discovered simple CRISPR systems similar to CRISPR-Cas9 — a gene-editing tool that has revolutionized biology — in previously unexplored bacteria that have eluded efforts to grow them in the laboratory."

Happy Holidays and Happy New Year. Have a great winter break, everyone! ...And with all that free time, catch up on reading the Fall 2016 Newsletter.

Professor Jennifer Doudna will be given a Luminary Award at the Precision Medicine World Conference on January 23rd-25th, 2017. Doudna will also be one of the key speakers at the conference -- read a recent PMWC Q&A with Professor Doudna.

Are you interested in attending the conference? PMWC has created a discount code for UC Berkeley attendees -- It is "berkeley_discount_pmwc2017" (expires on January 11, 2017). Or register here and have the code applied automatically.

MCB Professor Nicole King, her graduate student, Arielle Woznica and collaborators have found the first demonstration that bacteria can drive sexual mating in eukaroyotes. "Researchers seeking the evolutionary roots of the animal kingdom have discovered a bacterium, Vibrio fischeri, that acts as an aphrodisiac on a species of protozoan choanoflagellates, the closest living relatives of animals, by releasing an enzyme that sends Salpinogoeca rosetta, into a full mating frenzy."

On the morning of the Big Give (Nov 17th), the Department of Molecular and Cell Biology was one of the winners of a "Random Alumni Donor" drawing. That means that whatever that alumnus donated, the university will contribute an additional $2K! Check out the Big Give Leaderboard for more stats and thanks to all of you who supported our research, education, and students here at MCB!

November 17, 2016
Lecturer Positions in the Department of Molecular and Cell Biology

The Department of Molecular and Cell Biology (MCB) at UC Berkeley invites applications for a pool of full-time or part-time, temporary non-tenure track Lecturer positions to teach MCB courses as the need arises. 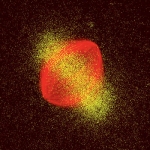