Brain Function: Identifying All Cell Types and Tweaking Their Connections

Our brains have billions of neurons with trillions connections, making this organ the most complex and least understood biological system, says MCB Professor John Ngai. "It's a mystery how the brain functions to give us amazing properties like cognition, consciousness and spirituality," he says. "How do we get all that from the three pounds of stuff between our ears?" 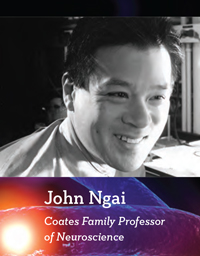 He and fellow MCB professors Ehud Isacoff and Richard Kramer are creating tools to help solve this mystery, as part of President Barack Obama's $4.5 billion BRAIN Initiative. "The initiative focuses on new technologies to enable the next generation of brain experiments," Isacoff says. Altogether, Ngai, Isacoff and Kramer were awarded more than $6 million in the first round of BRAIN Initiative grants from the National Institutes of Health.

Ngai is developing ways to identify all the cell types in the brain, which is unknown and is key to understanding the neural circuits that underlie behavior. "Cells look different but we can't tell functional differences just by looking," 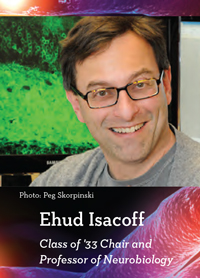 he says. "We need a 'parts list' so we can learn what the individual components are and how they function together in a circuit."

His team — which includes MCB professors Hillel Adesnik, Helen Bateup, Jennifer Doudna, Dan Feldman, Dirk Hockemeyer and Russell Vance, as well as colleagues in statistics and computer science — is monitoring gene expression in single cells, looking for patterns that distinguish one type from another.

The team will also make a set of genetically engineered mice that each have one cell type tagged with a fluorescent protein marker, allowing the researchers to study each type individually. This will help researchers confirm that newly identified cell types are different functionally as well as genetically. "It's an important reality check," Ngai says.

Isacoff and Kramer are making molecular "switches" to control communication — excitatory, inhibitory and modulatory — at synapses between the different neuron types in living animals. 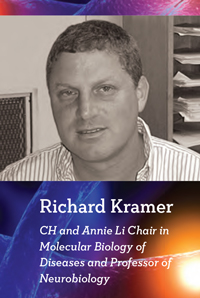 The switches consist of light-sensitive chemicals bound to neurotransmitter receptors, allowing researchers to use a pulse of light to activate, block or modulate the receptors at a particular time and location.

Tweaking synapse strength is an advance over standard optogenetic techniques, which use light to turn neurons on or off. "Instead of forcing the neuron to fire or keeping it from firing, our approach lets you manipulate analog behavior," Kramer says, adding that neuronal activity typically depends on 1,000 to 100,000 inputs.

Systematically controlling single types of receptors in particular parts of the brain will let researchers figure out what each type does. "Are they involved in sensory processing, control or memory?" Isacoff asks. "Each of these processes is a mystery — but the ability to control the very receptors that transmit signals at synapses, and weaken or strengthen synaptic communication for very long periods of time, should make it possible to lift the veil."

Besides being fundamental to understanding how the brain works, synapses are key points for treating neural disorders, and Isacoff and Kramer's tools could enable development of new therapies for neurological or mental illnesses.