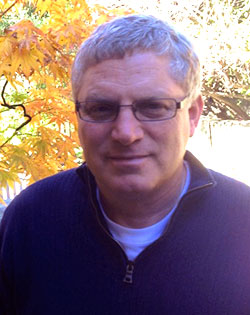 CH and Annie Li Chair in Molecular Biology of Diseases and Professor of Neurobiology*
*And Member, Graduate Group in Biophysics and Vision Science Program

Nerve cells employ electrical and chemical signals as their means of communicating with one another, and with other cells of the body.  We are interested in ion channels, the proteins that generate electrical signals, and synaptic transmission, the process that allows a neuron to communicate with other cells.  We use utilize novel chemical tools that modify ion channels and synaptic proteins, rendering them sensitive to light.  This approach allows non-invasive optical manipulation and sensing of neuronal activity in intact tissue. Our investigations span various parts of the nervous system, including the brain, the spinal cord, and especially the retina, the sole part of the nervous system that is normally accessible to light in vivo.  Some of our studies are aimed at better understanding the functions of particular ion channels and synaptic proteins.  Others are medically motivated; focused on developing a new therapeutic approach whereby light can input information into the nervous system downstream of sites of injury or degeneration.

We have developed a strategy for conferring light-sensitivity onto specific types of ion channels and receptors in the mammalian brain.  This strategy employs synthetic photoswitch compounds that attach covalently to genetically-specified channel or receptor proteins.   We have applied this approach to an ever-expanding list of ion channels and receptors, including K+ channels, acetylcholine receptors, and receptors for GABA, the main inhibitory neurotransmitter in the brain.  Each of these proteins come in a variety of subtypes, but their individual functions have remained a mystery.  By controlling the activity of individual subtypes in the brain with high spatial, temporal and biochemical precision, we are learning what each channel and receptor “does for a living” in the brain.

We have sought a simple method for bestowing light-sensitivity that does not require exogenous gene expression.  We have discovered a class of photoswitch molecules that confer light-sensitivity on endogenous voltage-gated ion channels, allowing control of action potential firing with light.  The most exciting application of this technology is as a potential treatment for blindness.  Retinitis pigmentosa (RP) and age-related macular degeneration (AMD) are degenerative blinding diseases caused by the death of rods and cones, leaving the remainder of the visual system intact but unable to respond to light. Photoswitches can restore light sensitivity to the retina and behavioral responses to living mice afflicted with RP.  Intra-ocular injection of photoswitches can restore learned light avoidance and pupillary constriction, indicating reconstitution of signaling through visual circuits in the brain.  Ongoing studies are aimed at identifying safe, effective, and long-lasting photoswitch for possible clinical in humans.

Optical sensing of neural activity in the retina

In the past, electrophysiology was the only experimental tool for understanding how neurons in the retina respond to light and communicate with one another to process visual information. However, recent advances in fluorescent dyes and optical recording methods provide new opportunities for functional studies of the retina, with many advantages over purely electrophysiological methods.   Optical recordings are non-invasive, and depending on the type of fluorescent indicator, can reveal different aspects of neuronal activity, including changes in intracellular ion concentrations, changes in membrane potential, and release of synaptic vesicles.  Optical recordings can be made from many neurons at once, revealing more of the “big picture” of how the retina responds to light.  We are using this technology to better understand normal function of the retinal circuit, and as another way to reveal vision restoration in the eyes of blind mice.

Optical control of the excitability of neuronal dendrites

In the classical view, dendrites are passive recipients of synaptic input signals, but we now know that dendrites in many neurons have voltage-gated ion channels and are electrically excitable.  But understanding how dendritic excitability affects synaptic integration and plasticity has been hindered by the small fiber diameter and spatial complexity of dendritic trees. We are using photoswitch compounds to enable local regulation of excitability in individual dendrites of neurons, including in the hippocampus and retina.  By injecting a photoswich into an individual neuron with a patch electrode, we can optically regulate voltage-gated channels in dendrites one at a time, either “putting excitability to sleep” or “waking it up” with different wavelengths of light.  Electrical recording and optical imaging of dendrites is difficult, but photoswitches provide an easy way to explore the occurrence and functional consequences of dendritic excitability in all sorts of neurons, including many that were previously inaccessible to electrophysiological manipulation.