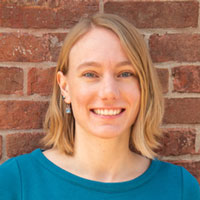 The Division of Neurobiology welcomes Yvette Fisher in July 2021. The California-raised neuroscientist is no stranger to the Bay Area. She’s excited to rejoin the UC system after being an undergraduate at UCLA and earning her PhD from Stanford.

Fisher’s research focuses on how single neurons communicate with nearby neurons when we think. Her lab will “focus on understanding spatial navigation in fruit flies in order to find out how nervous systems flexibly process information.” Throughout her PhD with Tom Clandinin at Stanford and postdoctoral work with Rachel Wilson at Harvard Medical School, she’s continually fascinated by how groups of neurons compute information and how these neural computations are rapidly shaped by experience and context. Fisher is a strong supporter of basic science and model organism research, and chose to continue working with fruit flies for both her PhD and postdoctoral work. The system allows her to experimentally connect properties of single neurons, like ion channels and electrical currents, to emergent properties of networks of neurons. Then she can figure out precisely how neuronal signaling controls behavior – “it’s a hard gap to cross in the field, but it’s what I find the most compelling.”

Fisher bubbles with energy as she articulates her feelings about joining MCB – “It’s a combination of excitement and feeling honored but also terrified all at the same time.” She was particularly impressed with MCB’s commitment to increasing diversity, equity, and inclusion in biology. “It’s one thing to say, ‘Look, we have this great track record.’ I was more impressed by MCB’s perspective of ‘What changes do we need to make? What progress should happen going forward?’, because the whole field needs that progress.

“A lab is not the stuff,” she says simply. “A lab is the people, and I’ve been dreaming about what the lab will look like, who the people will be, what cool collaborations we’ll have, what we’re going to discover.” MCB can’t wait to have you here, Yvette!

To learn more about the Fisher lab, visit: https://www.fisherlab.science/ 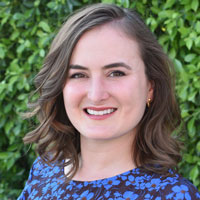 Megan Martik will be joining the Division of Genetics, Genomics, and Development in July 2021, coming north to the Bay Area from her current home at the California Institute of Technology in Pasadena.

Martik’s interests in developmental biology started early as an undergraduate at Carnegie Mellon, where her love of scuba diving led her to join a sea star lab. After studying sea urchin development during her PhD at Duke University with David McClay, she became fascinated by the specific programs cells use to move and differentiate. This led her to Marianne Bronner’s lab, where Bronner’s multi-organism approach appealed to Martik. “With new existing technologies, we’re no longer limited to a small set of ‘model organisms’. It’s all about the questions,” she states as she describes how she began studying genetic networks and the ways they can change to give rise to a vast array of distinct derivative cell types. Now, she’s tackling these questions through an evolutionary lens, using the seasonal “living fossil” lamprey to understand how gene networks diversified through evolution. “You have to be a little fearless to work with the lamprey,” she says with a smile. “We will use cutting edge developmental biology and systems level approaches to investigate questions of gene regulatory control on complex processes such as neural crest differentiation, vertebrate evolution, and adult regeneration.”

When asked about her decision to come to Berkeley, Martik points out MCB’s breadth of research and a strong sense of community, saying it was “not a hard choice” to come to Berkeley – a sentiment that many graduate students and postdocs share as well.

“The first thing I want to do is to set up an inclusive, supportive environment and recruit a diverse lab group!” She’s excited to hit the ground running in tackling questions about gene regulatory control on complex processes and train awesome mentees. She also hopes to stay at the bench throughout her career as a faculty member, similar to her previous mentors, and “be a technician to my mentees from time to time!” 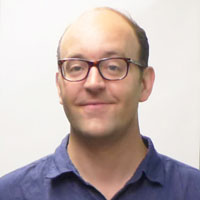 Ian Swinburne joins the Division of Cell and Developmental Biology in January 2021. His lab will use advanced imaging techniques to focus on organ form, function, and physiology in zebrafish, starting with the inner ear.

“Fish have ears! All jawed vertebrates do!” He laughs, familiar with the uncertain look on others’ faces when he describes his research to family and friends. While he started as an RNA biologist for his PhD work with Pam Silvers, he became fascinated by developmental biology and wanted to work more in vivo. Now, in his postdoctoral work at Harvard Medical School with Sean Megason, he uses high-resolution imaging and develops techniques to study the physiology of the zebrafish inner ear. “It’s a beautiful example of how an organ’s form determines and contributes to its function,” he explains. Swinburne will explore how pressure and forces are dynamically coordinated in various organs to find common patterns or themes across tissue, cellular, and subcellular levels. “There’s a lot that’s unknown, and I’m excited to get things going so that we can pursue interesting organ physiologies!” 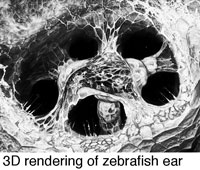 His research in the Megason lab led to a collaboration with MCB faculty Eric Betzig and Gokul Upadhyayula, a team he looks forward to working with again. Betzig and Upadhyayula are also the co-founder and scientific director, respectively, of the UC Berkeley Advanced Bioimaging Center. Berkeley’s incredible community of scientists and plentiful opportunities for collaboration drew Swinburne to the department’s first big data faculty position. “It was really attractive to me that Berkeley recognizes [big data] as a new avenue, an important direction” for scientific research.

Unbeknownst to many, Swinburne is a serious pie baker, mostly apple pies – perhaps MCB should expect some pies in the future from the Swinburne lab!

To learn more about the Swinburne lab, visit: https://www.swinburnelab.org/ 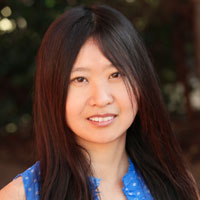 Doris Tsao will join MCB’s Division of Neurobiology and the Helen Wills Neuroscience Institute (HWNI) in July 2021, moving her almost 15-year-old lab from the California Institute of Technology in Pasadena to Berkeley.

Tsao has been fascinated with vision for nearly her entire life, stemming from her father’s interest in vision and continuing through her scientific training at Caltech, Harvard, and Massachusetts General Hospital. Now, her lab seeks to understand how the primate brain builds a model of the visual world. They have made fundamental leaps in figuring out how macaques and ultimately humans can recognize different faces by measuring neural recordings from the “face patches” in the brain’s temporal lobe. This system provides a window into the mysterious way the brain represents the world, acting “like a neural Rosetta Stone, enabling us to translate our understanding of faces to understanding object representation in general,” Tsao explains.

In coming to Berkeley, Tsao is “beginning a major new scientific quest, to understand the brain’s ‘generative model’ of the world,” which explores how humans can convert concepts into images. This process normally occurs while dreaming but can also happen in some mental illnesses like schizophrenia, which can be problematic. She’s excited to collaborate with MCB and HWNI colleagues, and is looking forward to building relationships with faculty across campus, whose expertise in MRI technology and machine learning will complement her work. Tsao is optimistic that combining the diverse approaches of neuroscience, psychology, and computation will lead to important discoveries and breakthroughs that advance our fundamental understanding of how the brain’s visual code gives rise to our dynamic visual experiences.

To complement her unique scientific quest, she’s also a musician! Tsao plays the violin, describing it as “a microcosm of life,” and compares musical challenges to scientific ones – “Figuring out how to approach a complicated passage is like doing science, involving careful observation and testing different hypotheses. After fighting with the notes for weeks and weeks, hear[ing] the music behind a Bach sonata for the first time is an indescribable joy.” She even replied to HWNI director and MCB professor Ehud Isacoff with a poem when her offer was official:

“Berkeley—so transgressive and young,
air full of openness to new ideas and the sweet smell of pot,
the place where Benjamin finds Elaine
and Jennifer finds the code to rewrite life—
I can't wait to join you!”

MCB and HWNI are excited for her incredible interdisciplinary science team to arrive, and we hope to hear some beautiful music from her and her lab’s experimental rock band, Serotonal, very soon!

To learn more about the Tsao lab, visit: https://www.tsaolab.caltech.edu/

Back to Main Fall 2020 Newsletter Page