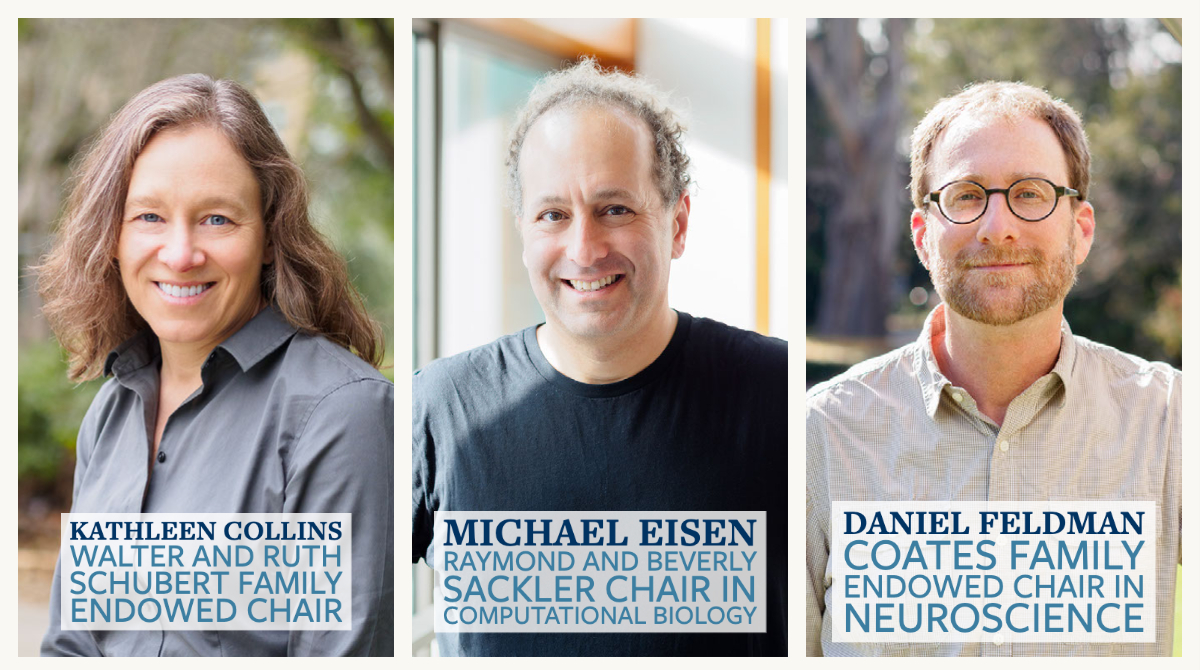 Three MCB faculty have received endowed chairs, which honors their distinctive achievements and acts as an enduring tribute to the philanthropic partners whose generous support has made them possible. This philanthropic support is bestowed on faculty of the highest academic and professional caliber and augments their teaching, research, and creative activities.

MCB Division Head and Professor of Biochemistry, Biophysics and Structural Biology Kathleen Collins was re-appointed to the Walter and Ruth Schubert Family Chair, which was established in 1991 to support teaching and research in the general area of biochemistry and molecular biology within MCB.

Helen Wills Neuroscience Institute (HWNI) Faculty and MCB Division Head and Professor of Neurobiology Daniel Feldman was appointed to the Coates Family Endowed Chair in Neuroscience. The chair is awarded through the HWNI and supports a faculty member who is an expert in Neuroscience, especially in functional genomics and its applications to elucidating the diversity and function of cells and circuits in the central nervous system.