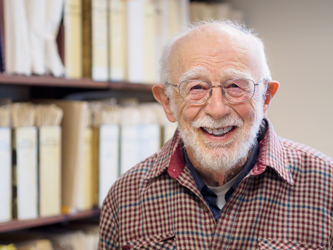 It is with great sadness we report the passing of Harry Rubin.

Professor Rubin was a treasured part of the UC Berkeley community, who joined the faculty in 1958 and served until he retired as an emeritus professor in 2001. He was a highly accomplished scientist who received the Lasker Award for his studies. He and his colleagues pioneered the discovery of defective retroviruses harboring transduced versions of the cellular genes we now know as Myc, Src and Jun.

Learn more about his life and career here.