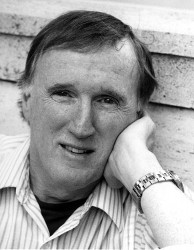 On April 15, 2018, the campus community lost a great friend when Professor George Oster passed away in his Berkeley home at the age of 77. Professor Oster was affiliated with many departments on campus, including the MCB division of Cell and Developmental Biology.

Oster's career meandered among many different scientific disciplines, from mechanical engineering to entomology. He spent much of his career investigating the laws of mechanochemical coupling in cells, which led to a significant breakthrough in our understanding of energy transduction as it occurs in living organisms.

His research and teaching career at Berkeley spanned several decades, and his legacy will be remembered fondly by the campus and MCB community.