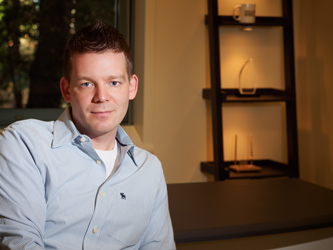 The World Health Organization estimates that mental, neurological and substance use disorders account for 13% of the global burden of disease, and one in four people will develop one or more disabling mental disorders during their lifetime. Depression alone accounts for 4.3% of the global burden of disease and is among the largest single cause of disability worldwide. Many drugs currently used for the treatment of neuropsychiatric disorders are highly unselective, in some cases affecting multiple neurotransmitter systems in many different brain regions, which can result in severe unwanted side effects. Nevertheless, the drugs used to treat neuropsychiatric diseases have changed little over the last 40 years, largely because we do not yet understand how the neural circuits altered by these diseases operate in the healthy brain, let alone how they malfunction in disease.

Recently, several technical advances have afforded the opportunity to more thoroughly understand circuit function. Specifically, the combination of optogenetics, electrophysiology and novel viral tracing techniques has revolutionized modern neuroscience and will provide new opportunities for mapping and functional testing of brain circuits. Our laboratory employs these techniques with the goal to provide an essential foundation for understanding normal and pathological brain function.

Dopamine neurons in the ventral tegmental area (VTA) have received significant attention because of their importance in reward-based behaviors and evidence of their perturbation in neuropsychiatric disorders such as addiction, depression and schizophrenia. These VTA dopamine neurons were thought to represent a homogeneous cell population, the identification of which was based on a controversial set of criteria in vivo and ex vivo. However, a much greater diversity of dopamine cell type and function has been demonstrated recently. A major goal of our lab is to elucidate the organization and functions of midbrain dopamine circuits, as well as the pathological changes that occur in these circuits as a consequence of disease using a multidisciplinary approach combining electrophysiology, optogenetics and behavioral assays as well as neural circuit tracing. Investigating dopamine midbrain neurons as heterogeneous circuit elements may be the key to understanding causes of pathological conditions that are associated with these cells including substance abuse disorders and depression as well as novel therapeutic approaches to treat these afflictions.