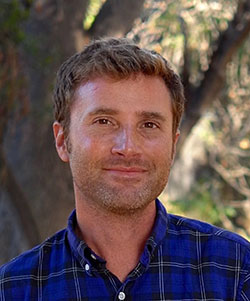 We study the genetic basis of adaptations that arise from biotic interactions. To Charles Darwin, the “war of nature”–interactions between individuals of the same or different species–was a crucible for evolutionary novelty. Our group uses animals, plants and microbial associates that interact with each other as models. We tend to focus on toxins of biological origin as a fulcrum around which many other adaptations revolve. Such molecules can become keystones, supporting the evolution and integration of diverse phenotypic modules in animals. The evolution of toxicity transforms animal phenotypes from cryptic to conspicuous, nocturnal to diurnal, small to big, fast to slow, solitary to social, local to widespread, neglectful to doting parents and short- to long-lived. But toxicity is not only restricted to gaudy animals. A parallel transformation unfolded as cells of the animal immune system became armed with an arsenal of novel toxins.

Many projects use Drosophila melanogaster (the “fruit” fly) and its relatives in the Drosophilidae as a model for tackling the questions we address. This includes one lineage nested deep in the Drosophila lineage called Scaptomyza, which attacks the living leaves of the model plant Arabidopsis thaliana (mouse-ear cress), a member of the mustard family Brassicaceae. We are using the Scaptomyza-Arabidopsis system to understand how herbivory itself evolves from non-herbivorous ancestors and how specialization to toxic plants evolves at the behavioral, morphological and physiological levels of biological organization. This is fundamentally important because around 50% of all insect species are herbivorous and the toxins with which they interact are often biomedically important. Our work intersects with the study of neurological disorders, including autism-spectrum and age-related diseases like Parkinson’s, because mustard oils that form after glucosinolates are hydrolyzed during wounding are highly promising candidates for their treatment. A new project is emerging that uses a horizontally transmitted gene in drosophilids that encodes a eukaryotic genotoxin as a model to understand both the evolution of the animal immune system and mechanisms underlying the functional integration of novel genes in animals. We continue to study the monarch butterfly and the broader community of cardiac glycoside-adapted animals that feed on milkweed plants that produce these heart poisons, as well as the impact of these toxins on the third trophic level. Student-led projects focus on the co-evolutionary histories of creosote bushes and cryptic desert ‘clicker’ grasshoppers, the genomic architecture of foraging traits in broad-tailed hummingbirds (color vision and bill shape), and the evolution of interactions between ‘death camas’  lilies and their insect associates (such plants produce cyclopamine, which was so central to the characterization of Sonic Hedgehog). We use genomics and both forward and reverse genetic approaches and techniques from molecular and cell biology, development, biochemistry, metabolomics, and neuroscience to tackle these problems. Beyond these basic research questions, we are ultimately interested in understanding the metabolism and pharmacology of plant and microbial toxins in humans—the source or inspiration for most of our medicines. Finally, our laboratory is committed to Diversity, Equity and Inclusion in all that we do.

Gloss, A.D., S.C. Groen & N.K. Whiteman (2016) A genomic perspective on the generation and maintenance of biodiversity in herbivorous insects. Annual Review of Ecology, Evolution and Systematics 47:165-187.