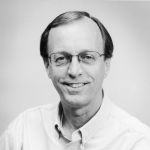 I'm interested in the science and the politics behind efforts to slow global warming and limit greenhouse gas-induced climate change. Recent surveys show that a combination of increased efficiency, and the expansion of several currently available technologies has the capacity to make the major reductions in greenhouse gases (GHGs) that will be required to limit global warming. The technologies are there; increased capital investment, a favorable regulatory climate, and fiscal incentives will be required to expand these technologies quickly during the next 10-15 years.  Now that there is a sympathetic administration in Washington the chances for progress are greatly improved.

Much of the discussion about reductions in GHG emissions has focused on the expected economic costs rather than benefits. However, the experience of many corporations, both large and small, has been large increases in profits due mostly to increased energy efficiency. These results may provide incentives for many more corporations and governments to accelerate the transition to a low carbon economy that will stabilize and eventually reduce GHG concentrations.