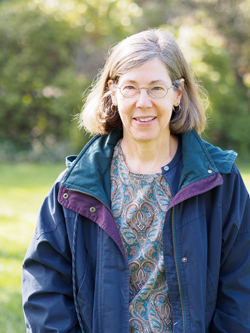 Professor of Immunology and Pathogenesis*
*And Affiliate, Division of Cell and Developmental Biology

Our lab is interested in how signaling pathways control cell fate decisions.  By using T cell development and immune responses in the mouse as model systems, we can take advantage of the powerful genetic approaches available in the mouse, while learning about a mammalian immune system that is very close to our own. Our lab also makes extensive use of 2-photon imaging approaches to observe and analyze T cell behavior in real-time in situ.

The control of T cell fate in the thymus. During thymic development, T cell precursors migrate to the thymus where they proliferate, rearrange their antigen receptor genes, and eventually give rise to the mature T cell subsets. During this process, the thymocytes are subject to a selection process that results in the death of ~99% of the cells and that shapes the mature T cell repertoire. We are investigating the mechanism that lead to positive and negative selection of T cells in the thymus, as well as the signaling events that control to cell fate decisions, including the CD4 versus CD8 cell lineage choice. 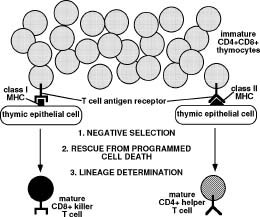