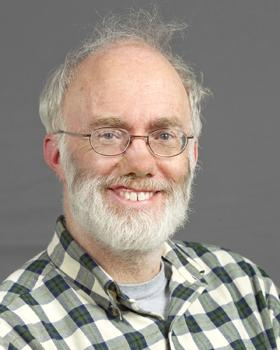 I am interested in the origins and evolution of several hallmark features of eukaryotic cells such as the cytoskeleton, mitosis and meiosis.

The evolution of eukaryotic cells:

My lab is making use of phylogenomic and cell biological approaches for investigating cytoskeletal and chromatin evolution in basal microbial eukaryotes. There is little scientific precedent for comparative genomic approaches in understanding both patterns and mechanisms of cytoskeletal evolution, particularly in terms of the microtubule cytoskeleton as compared to the microfilament (actin) cytoskeleton, or in terms of the evolution of mitosis, meiosis and chromatin structure. When one considers the vast diversity and evolutionary history of eukaryotes, it is clear that questions concerning the early eukaryotic cell would benefit from the phylogenomic and cell biological analyses of eukaryotic microbes that diverged early in the evolution of life.  Little is known about the molecular components, functions, and dynamics of the cytoskeleton in basal eukaryotes other than microscopic descriptions.

To assess the evolutionary history of the cytoskeleton in a basal eukaryote, an ongoing project is a comprehensive phylogenomic annotation of cytoskeletal genes in the Giardia intestinalis genome. We are expanding this computational and proteomic strategy to compare the genomes of Spironucleus vortens and the amoeba-flagellate Naegleria gruberi with the hope of constructing a genomic �map� of the cytoskeleton and its evolution. The results of our comparative genomic analysis are quite surprising.  First, the microtubule system in Giardia appears to contain a complete array of component proteins, including all tubulin isoforms, and many kinesins and dyneins.  Yet in stark contrast, the actin or microfilament system is missing the majority of known proteins other than actin itself.  Specifically, we find no evidence for myosin or proteins involved in actin assembly, and organization. These results challenge assumptions concerning the strong conservation of these proteins, and have intriguing implications for cytoskeletal evolution � namely we think that the diversification of the microtubule cytoskeleton occurred earlier than the microfilament system.  Confirmation of this trend requires the analysis of genomes of free-living relatives of Giardia such as Spironucleus, as well as other basal eukaryotes and is consequently an aim of our sequencing the genomes of Spironucleus vortens and N. gruberi.

Giardia is a common intestinal parasite of humans and animals, and due to its basal phylogenetic position, studies of Giardia afford a unique perspective on the function of the cytoskeleton during the early evolution of eukaryotic cells. Giardia is easily grown in the laboratory, has a sequenced genome, and is amenable to reverse genetic methodologies. We have identified, cloned, and phylogenetically classified twenty-four kinesins from Giardia, roughly triple the number of kinesins as in yeasts. Many of these kinesins, although found in metazoans, are lacking in yeasts. We are investigating their function in pathogenesis, flagellar assembly and mitosis using dominant negative mutants that interfere with kinesin function. Novel kinesins may be prime targets for development of drugs for treating giardiasis.

Understanding chromosome segregation in Giardia, a binucleate cell has important implications for understanding the genetic fates of two identical nuclei, and will yield insights concerning the evolution of mitosis.  Our results challenge previous hypotheses of cell division in Giardia that describe multiple division planes, and clearly demonstrate the role of two separate spindles in chromosome segregation. We have recently shown that during encystation, nuclei undergo karyogamy, presumably to fuse and exchange genetic material.  This process, if accompanied by homologous recombination as in meiosis, could be essential for maintaining homozygosity of the two nuclei. Analysis of this process will also illuminate the evolutionary origins of meiosis, a process not yet described in Giardia, but suggested to exist based on sequence conservation of putatively �meiotic-specific� giardial genes.

The superb cytology of the maize chromosome, its well developed genetic and genomic resources, the large meiotic mutant collection, and the ability to obtain large amounts of highly synchronized meiocytes make maize an excellent organism for integrating cytological, molecular, genomics and proteomic approaches to answer key questions in meiosis. The ability to perform meiosis depends on a switch to the meiotic cell cycle, and the formation of unique leptotene chromosome architecture. We hypothesize that in maize this switch is mediated by the protein AMEIOTIC1 (AM1), and that the indicator of a successful switch is the formation of the leptotene chromosome. Secondly, changes in leptotene chromosome architecture regulate downstream meiotic processes. To test these hypotheses, we are elucidating the mechanism of AM1 function using an allelic series to define functional domains, proteomics to identify interacting proteins, and reverse genetics to resolve the functions of interacting proteins. We are using microarrays and quantitative RT-PCR using meiotic RNA from wild type and am1 mutants to identify genes that are regulated by AM1. To determine how leptotene chromosomes regulate downstream processes, we are analyzing the architecture of prophase chromosomes using ultra high resolution structured illumination (SI) light microscopy to relate structure to function. Finally, we are using a transposon tagging strategy to clone and characterize other meiotic mutants defective in prophase chromosome behavior. Fission yeast has only three chromosomes and their behavior during meiosis can be readily monitored using such tools as GFP-Swi6, a chromodomain protein that binds to telomeres and centromeres,. We have developed a cytologically based screen to identify mutants defective in various aspects of meiosis including telomere clustering during meiotic prophase, and chromosome segregation during anaphase I and II, and meiotic chromatin structure.  We are analyzing Spindle Pole Body (SPB) replication and function during meiosis and have characterized a class of mutants that have disorganized SPB components and abnormal telomere clustering.