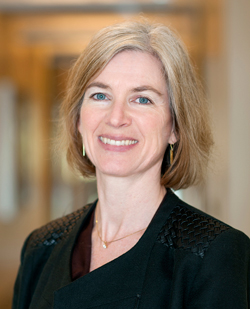 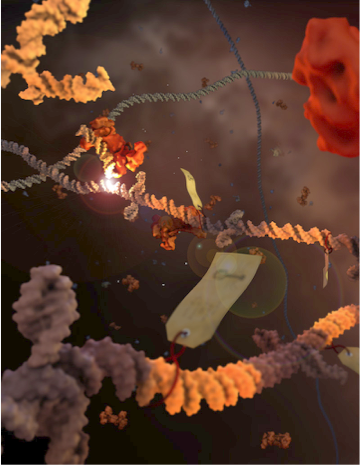 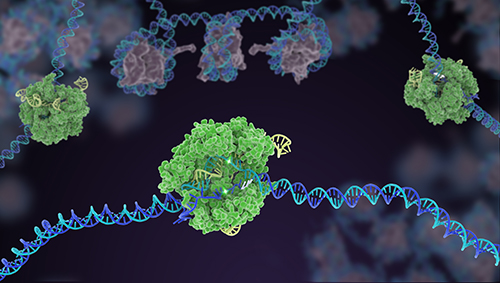 RNA-targetting CRISPR-Cas systems - We use biochemical activity assays in conjunction with structural techniques and sequencing to investigate RNA-targeting CRISPR systems, such as the Type VI effector, Cas13a.  A crystal structure of L. bacterium Cas13a bound to a single guide RNA (sgRNA) demonstrated, together with biochemical studies, how crRNAs are processed by this enzyme and how catalytic activity is blocked before target binding.  (Knott et al., 2017) We also use high-throughput sequencing, together with biochemistry, to discover mechanisms governing RNA-targeting CRISPR effectors, such as the decoupled RNA targeting and HEPN nuclease activity in LbaCas13a.  (Tambe et al, 2018)

DNA-targetting CRISPR-Cas systems - Biochemistry allows us to investigate the mechanisms driving DNA-targeting CRISPR effectors on a molecular level. These studies uncovered indiscriminate, single-stranded DNAase activity in Cas12a unleashed by target binding, the chemistry behind the DETECTR technology (vide infra). (Chen et al., 2018)  Structural (Cryo-EM), biochemical, and live-cell studies, as part of a collaboration with the laboratory of Eva Nogales, moreover characterized the fundamental properties of distinct, DNA-targeting CRISPR-CasX effectors. (Liu, Orlova, Oakes, et al., 2019) These studies, in combination with techniques such as high-throughput sequencing and liv

Dual RNA- and DNA-targetting CRISPR-Cas systems - We use a combination of biochemical and structural biology techniques (single-particle EM) to investigate the mechanism and function of dual DNA- and RNA-targeting Type III CRISPR-Cas systems. In collaboration with the laboratories of Eva Nogales, Akeo Shinkai, and John van der Oost, we have revealed the molecular architecture and RNA targeting mechanism of T. thermophilus Type III-B CRISPR complexes. In collaboration with Eva Nogales’ lab, we are also investigating the pathway of transcription-coupled DNA and RNA targeting by Type III-A CRISPR-Cas systems. Insights into how Type III interference complexes recognize and degrade their targets may lead to improved tools for controlling gene expression in vivo.