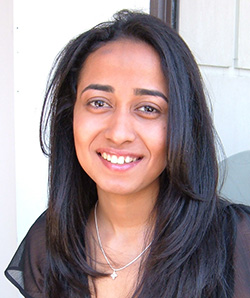 My lab focuses on using statistical and computational approaches to study questions in human genetics and evolutionary biology. A central aim in the lab is to understand the impact of evolutionary history on genetic variation and to apply this knowledge to learn about human history and biology. To this end, we use genetic data from ancient specimens and present-day humans and primates to learn about: (1) how different evolutionary processes such as mutation rate evolve across primates, (2) when key events (such as introgression and adaptations) occurred in human history, and (3) how we can leverage these patterns to identify genetic variants related to human adaptation and disease. The research in the lab involves both development of new methods and large-scale genomic data analysis.

Evolution of mutation rate across species
Germline mutations are the ultimate source of genetic differences among individuals and across species; they provide the raw material for selection to act on, as well as play a role in many diseases. As mutations occur steadily over time, they provide a record of the time elapsed and hence a "molecular clock" for dating evolutionary events. However, despite strong constraints on the replication machinery, recent studies have shown that the mutation rate as well as the mutation spectra evolves rapidly across closely related species and also varies among humans (2, 3). Thus, to investigate the causes of interspecies variation in mutation rate and to build robust models of evolution, we are interested in estimating direct pedigree-based mutation rates in humans and other primates.  This will allow us to learn about the determinants of mutation rate and the mechanisms impacting its evolution across species.

Reconstructing evolutionary history using genetic data
A major focus of the research in the lab is to use DNA sequences from ancient specimens and present-day individuals to characterize population relationships and date evolutionary events. To this end, we are interested in: (a) developing new computational methods to reconstruct past evolutionary events, and (b) analyzing large-scale genomic datasets to uncover previously uncharacterized events. Previous work in this area has included characterizing population history in contemporary human populations (5, 7), dating archaic admixture between humans and Neanderthals (4) and estimating the divergence time of humans and apes (3). These, and other studies, highlight how genetic studies can complement historical and paleontological evidence to learn about human history over deep timescales.

Leveraging evolutionary history for disease mapping
Characterizing population structure not only sheds light on population history, but also can be a very useful tool for uncovering disease genes. As disease prevalence often vary by ancestry, in populations of mixed ancestry such as African Americans and Latinos, we find that at the disease locus, cases have enhanced ancestry from the ancestral group with the higher disease risk. This approach called Admixture Mapping has been a powerful tool for identifying disease associations in recently admixed groups. We are interested in extending this approach to more complex admixed populations like South Asians, where the admixture is older and involves populations that no longer exist in unmixed form. In previous work, we showed that most Indian groups descend from a mixture of two genetically divergent populations: Ancestral North Indians (ANI) related to Central Asians, Middle Easterners, Caucasians, and Europeans; and Ancestral South Indians (ASI) not closely related to groups outside the subcontinent. This mixture occurred 1,900-4,200 years ago and was followed by a demographic shift towards endogamy, leading to extreme founder events in India (1, 5). Both the history of founder events and admixture in India provide a unique opportunity for disease mapping as they predict the presence of rare, population specific disease variants that are not seen outside the subcontinent.

Studying the evolutionary history and functional impact of human duplications
Another focus in the lab is to understand the evolutionary history and functional impact of human-specific duplications (i.e., gene copies that have expanded in copy number on the human lineage but not in other primates). While gene duplications are known to have led to evolutionary novelty in many species, the functional consequences of duplications that arose on the human lineage remains largely unclear. A subset (notably SRGAP2C, ARHGAP11B) has been shown to have important functions in neuronal migration and neocortex expansion and may contribute to the risk of neuropsychiatric diseases. Motivated by these observations, we are interested in systematically characterizing the repertoire of human-specific duplications to learn about when and under what selective pressures the duplicates arose. This will provide new insights into the genomic properties and role of gene duplications in human adaptation.