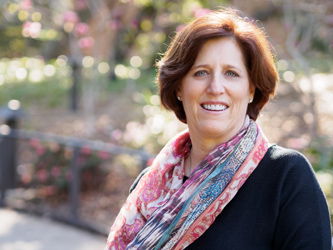 The long-term goal of our research is to understand the structural and dynamic information encoded in the linear sequence of amino acids. Proteins undergo an incredible transformation from one-dimensional sequence information into complex three-dimensional shapes that carry out intricate cellular functions. We still, however, don't have enough biophysical knowledge to translate this sequence information into functional insights. For instance, many proteins share the same native structure yet their cellular dynamics and function, in other words their energy landscapes, are different. Our laboratory uses a combination of biophysical, structural and computational techniques to understand these features.

In addition to the native conformation, a protein sequence populates small fluctuations around the native state, partially unfolded forms and even the globally unfolded conformation. Such non-native states on the energy landscape are thought to play a determining function in many cellular processes such as translocation, protein synthesis, degradation, signaling and allostery. They are also prone to aggregation, a phenomena which has been implicated for many diseases (the so-called misfolding and amyloid diseases). Understanding the sequence determinants of the energy landscape is therefore fundamental to the biological process that proteins carry out as well as protein folding itself.

Our group has developed and utilized several methodologies that allow us to probe the energy landscape. Our use of different hydrogen exchange methods to study three different types of intermediates of E. coli ribonuclease H (the acid molten globule, the higher energy conformations of the native state and a kinetic folding intermediate) has been particularly powerful. We have obtained evidence for a surprising conclusion: RNase H folds in an apparently hierarchical fashion in which the most stable individual element folds first. This hypothesis unites a lot of work in the field of and has also provided insight and experimental tests for current theoretical work on protein folding.

We have extended our analysis to investigate the energy landscape of thermophilic proteins. Proteins from thermophilic organisms must retain their native structures under extreme conditions, where their homologues from mesophilic organisms denature. We have found that although protein stability can be altered by single amino acid substitution, evolution for optimal function requires more subtle and delocalized mechanisms.Recent results implicate structure in the unfolded state as playing an important and novel role for the thermostability of these proteins.

Proteolytic susceptibility is another important feature determined by the energy landscape. We have taken a proteomic and biophysical approach to understand how a protein fine-tunes its landscape to control this feature.

Structure/FunctionStudies on RNase H: RNase H is an essential activity for retroviral life cycle. It is an excellent, yet underexploited target for antiretroviral therapy. With the long-term goal of rational inhibition, we are using our biophysical background and knowledge of the folding of this protein to understand its structure/function relationship.