What happens when academia and industry come together to share their passion for innovation and discovery? You get bold new ideas with the potential to transform outcomes for our health, environment, and economy. This synergy was sparked at the MCB Industrial Affiliates Program (IAP) inaugural symposium on September 22, 2017, with inspirational speakers, an engaging poster session, and rewarding scientific exchange. 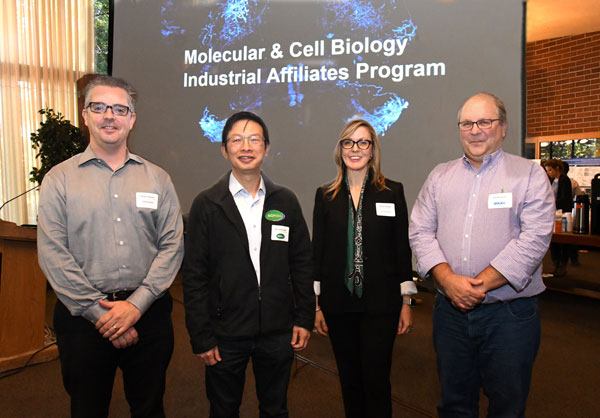 Our industry partners shared their excitement for the promising partnerships between their companies and the MCB community. For some, the connections were even deeper as they were once students here too. As Dr. Jin-Long Chen, MCB alumnus and Founder and Chief Scientific Officer of NGM Biopharmaceuticals stated, "UC Berkeley is where I learned about scientific vision and the need for boldness. I was once told by my own teachers that I was not there to read the text book, but to learn how to write the next chapter.  I am so excited to partner with MCB and help provide young researchers with an opportunity to blaze their own scientific paths." 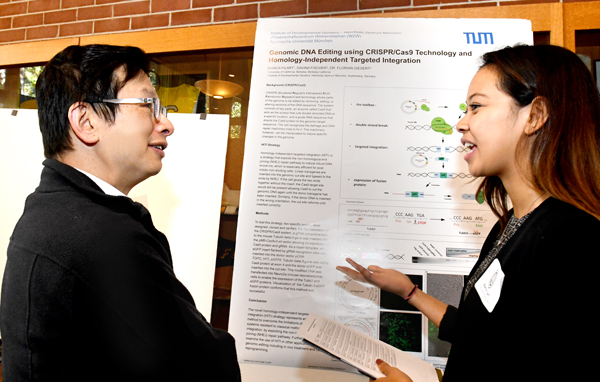 Enthusiasm from students and postdocs mirrored that of the industrial partners. This symposium, and the MCB Industrial Affiliates Program in general, is going beyond typical professional development opportunities to offer UC Berkeley scientists at all career stages with a unique opportunity to build direct connections with innovative companies. Brian Castellano, a 5th year MCB graduate student and one of the poster presenters at the symposium said, “The symposium gave me an opportunity to discuss my research with biotech representatives ranging from startups to tech giants. Now I have insights into what the companies are looking for, and how I might fit within their workforce.” 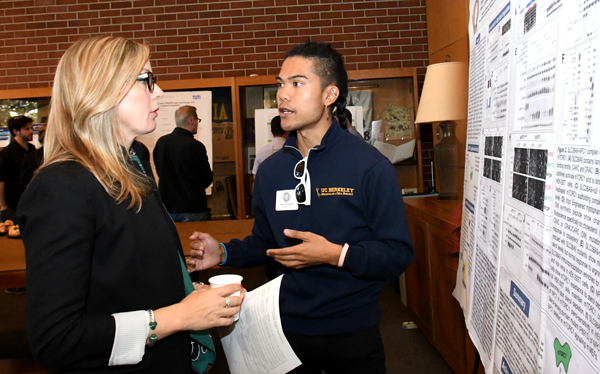 MCB Department Co-Chairs David Drubin and Nipam Patel concluded “We are very excited to strengthen our ties to industry through MCB’s Industrial Affiliates Program. This is a win-win proposition for MCB’s students, postdoctoral fellows and faculty, and for our industrial partners.”

To learn more about the IAP program or participate in future events, please visit our website at mcb.berkeley.edu/iap. 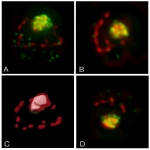