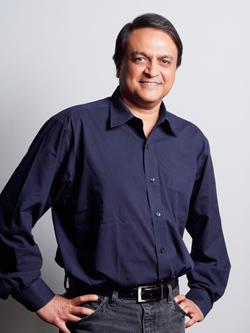 My research program centers on the study of the evolution of development mechanisms with a focus on the genes that regulate segmentation and regionalization of the body plan. We are particularly interested in understanding how certain steps in patterns formation that require protein diffusion in Drosophila are accomplished in those insects and crustaceans in which cellularization of the growing embryos would seem to preclude formation of gradients by diffusion. We have also begun to investigate the role of homeotic genes in generating body plan diversification in crustaceans. Another major area of research in the lab centers on investigating the function of the Drosophila segmentation genes during neuronal development and understanding how these genes may have contributed to the evolution of neural complexity.

Short, long and beyond: molecular and embryological aproaches to insect segmentation. [G.K. Davis and N.H. Patel (2002) Annual Reviews of Entomology 47: 669-699]