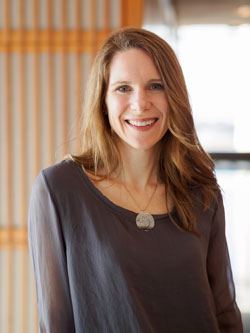 We explore how viral infection reshapes the gene expression landscape of mammalian cells.  This encompasses viral repurposing and altering of cellular gene regulation machinery to promote virus replication, as well as cellular responses to viral invasion.  We primarily study these events using gammaherpesviruses such as Kaposi’s sarcoma-associated herpesvirus, which is a major cause of AIDS-associated cancers. Our research is revealing how virus-host interactions can have unexpected consequences for gene expression that provide insight into both virus and host biology. 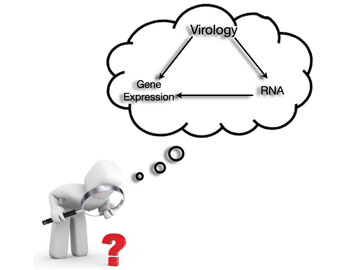 The ability to regulate RNA stability has the potential to impact gene expression on a global scale, but is also critical for fine-tuning cellular responses to specific stimuli. We showed that gammaherpesviruses such as Kaposi’s sarcoma-associated herpesvirus encode an endonuclease termed SOX that coordinates with mammalian messenger RNA (mRNA) decay machinery to promote widespread degradation of mRNAs. SOX uses a combination of RNA sequence and structure to achieve both targeting breadth and specificity.

How do cells sense and respond to these broad changes in RNA abundance? Our recent work has shown that virus-induced mRNA cleavage and degradation triggers diverse alterations in the gene expression cascade, including differential nuclear-cytoplasmic shuttling of RNA binding proteins and global dampening of RNA polymerase II occupancy on the mammalian genome. Current projects are centered on dissecting connections between the last and the first stage of the mRNA lifecycle, as well as deciphering the biology and targeting mechanisms of viral factors that dampen host gene expression. Beyond herpesviruses, we study how functionally related proteins from a variety of viruses (including coronaviruses and poxviruses) reshape the cellular RNA landscape.

Nearly half of the mammalian genome is composed of transposable elements, which are silent—at least most of the time. However, a subset of these elements that do not encode for any proteins, termed short interspersed nuclear repeats, or SINEs, can get activated in response to viral infection. The B2 subfamily of SINEs are evolutionarily related to transfer RNAs (tRNA), which are essential for decoding mRNA into protein during translation. We found that murine gammaherpesvirus infection causes dramatic upregulation of many B2 SINE noncoding RNAs and tRNA loci. These noncoding RNAs likely engage cellular RNA processing and sensing machinery, influencing the cellular response to infection. Current projects are aimed at understanding how gammaherpesvirus infection causes selective RNA polymerase III activation of a subset of tRNAs and B2 SINEs, as well as dissecting the functional consequences of these virally induced noncoding RNAs.