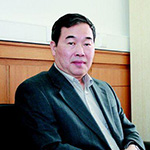 We are interested in the cellular and molecular mechanisms underlying neuronal polarization, synapse plasticity, and activity-dependent refinement of neural circuits.

Early events in neuronal polarization.Mature neuron is a polarized cell with one long axon and many highly-branched dendrites. We are studying the cellular events responsible for triggering a xon/dendrite differentiation during the early stage of neuronal development. Using cultured hippocampal neurons, we have identified some early determinants of axon differentiation, including cAMP, protein kinase A, and its substrate protein LKB1. We are also studying the nature of several cellular positive-feedback mechanisms that may stabilize the initial asymmetry in cellular activity, e.g., the accumulation of axon determinants, as well as the potential long-range inhibitory processes associated with the axon formation, in order to allow the formation of only one axon in each neuron. Other early events associated with neuronal polarization all also examined. These include preferential protein degradation in axonal vs. dendritic processes, and selective trafficking and retention of cellular components towards axonal vs. somatodendritic compartments of the neuron. We have identified a selective cytoplasmic “filter” at the axon initial segment that emerges within a few days after axon/dendrite differentiation and allows selective passage of axon-targeting vesicular cargos. The molecular basis of this cytoplasmic filter is under study.

Synaptic plasticity, neural circuit modification, and BDNF. Activity-induced changes in the structure and function of neural circuits are responsible for the experience-dependent refinement of developing connections, as well as the learning and memory functions of the brain. We are interested in understanding the effects of patterned electrical activity on the function and connectivity of neural circuits, using dissociated neurons, acutely isolated brain slices, and intact brains. Our research in this area over the past few years has covered the studies of synaptic plasticity in developing visual systems, spike timing-dependent plasticity (STDP), and the role of brain-derived neurotrophic factor (BDNF) in neural circuit modification.

In the developing visual system, we are investigating the synaptic modulatory functions of axon guidance molecules, e.g. ephrins, Eph receptors, and Wnts, during the maturation of receptive field properties of visual neurons, after the completion of their axon guidance functions. This study had shed light on novel functions of axon guidance molecules, and allowed us to address the complex interplay between molecular cues and electrical activities in the refinement of developing neural circuits. In the area of STDP, we are studying the cellular mechanisms underlying the synaptic changes associated with STDP, including spike timing-dependent release of BDNF from dendrites, and its role in functional and structural modification of synapses. We are also interested in the in vivo functions of STDP during the learning and memory processes in the cortical and mesolimbic circuits, where drugs of abuse are known to cause persistent modification. We have shown that repeated exposure of rats to cocaine led to marked changes in synaptic plasticity at several synapses in the mesolimbic circuits, and that enhanced BDNF expression resulting from repeated cocaine exposure plays a critical role in further synaptic changes after withdrawal from cocaine exposure. Our hypothesis is that changes in synaptic plasticity at various loci of mesolimbic circuits during cocaine exposure contribute to the formation of drug-associated memory, and elevated BDNF expression after cocaine withdrawal results in further synaptic sensitization that contributes to cue-induced drug craving and drug-seeking behavior.