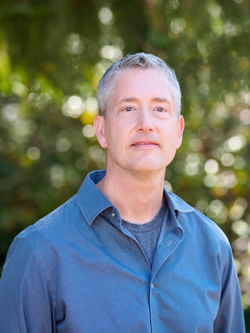 The ability to change shape and move is critical for the function of cell types ranging from single celled amoeba to immune cells and neurons. Similarly, the ability of organelles to change shape and move plays an essential role in intracellular transport. We are studying the engine that controls cell and organelle shape and movement, the actin cytoskeleton, using a combination of cell biological, biochemical and genetic techniques. In particular, we are working to determine how actin filament assembly is initiated, how it is regulated, and how it functions during processes such as whole cell migration and membrane trafficking.  Moreover, we are working to understand how different bacterial and viral pathogens target the actin cytoskeleton of host cells to promote pathogen internalization, replication and spread during infection.

Regulation of actin assembly. One key control point in actin assembly is the initiation of new filament formation by a processes called nucleation. Work from our lab and others has established that the Arp2/3 complex, an evolutionarily conserved protein complex, is a critical actin nucleating factor that functions to generate new actin filaments and organize them into Y-branched networks.  Importantly, the Arp2/3 complex does not function alone, and its activity is regulated by proteins called nucleation promoting factors (NPFs). Cells contain several families of NPFs, and we are working to understanding how these regulate the formation of diverse actin-containing structures within the cell. Our current emphasis is on nucleation promoting factors that function in membrane trafficking and nuclear processes.

Cell migration. Many cells polarize and migrate towards attractant molecules in their environment.  Coordinating migration requires the precise spatial and temporal regulation of the actin cytoskeleton. At the front or leading edge of the cell, actin filament assembly drives membrane protrusion and adhesion, mediating the initial stages of movement. At the rear or trailing edge, actin and myosin mediated contraction pulls the cell body forward to follow the front. We are working to understand how proteins involved in actin nucleation and membrane trafficking function during cell polarization and migration.

Interaction between pathogens and the host actin cytoskeleton. An amazing variety of bacterial and viral pathogens target the actin cytoskeleton of host cells during infection. By studying the interaction between these diverse pathogens and actin, we hope to gain insights into mechanisms of pathogenesis as well as the normal functions of the cytoskeleton.  We are working with two pathogens in particular. One is the spotted fever group of Rickettsia species, which are the causative agents of diseases such as Rocky Mountain spotted fever. These bacteria are internalized into the cytoplasm of host cells where they induce actin polymerization at their surface and use the energy derived from polymerization to power intracellular motility and cell to cell spread.  Rickettsia appear to have evolved a mechanism of polymerizing and organizing actin that is distinct from other pathogens and may shed light on mechanisms for regulating actin assembly during processes such as filopodia formation. The other pathogens we are focusing on are baculoviruses, which infect lepidopteran insects. Baculoviruses induce actin polymerization in the cytoplasm of infected cells early in infection, and most intriguingly, promote actin translocation and polymerization within the nucleus late in infection to facilitate viral replication. We are working to understand how baculoviruses use actin in the nucleus as a window into understanding the cellular function and regulation of nuclear actin.

Developing drugs that target the cytoskeleton of parasites. Parasites called trypanosomes cause neglected diseases affecting millions of the poorest people in the world.  Because they rely on the cytoskeleton to complete essential processes such as cell division, they are potentially vulnerable to attack by drugs that target cytoskeletal proteins.  We are working to identify a new class of anti-trypanosomal agents that targeting kinesins and myosins, large superfamilies of molecular motor proteins that function to move cargo along cytoskeletal filaments.  We are pursuing a multidisciplinary strategy that includes a chemical biology approach to isolate inhibitors of motor protein activity, molecular/structural approaches to understand molecular-level vulnerabilities of motors, cellular approaches to analyze the basic processes that require motor function, and proteomic approaches to build a complete index of molecular components that may be vulnerable to attack.  Our goal is to identify lead compounds to pursue in drug development efforts.